Me, My Spelt, and Rye

Barrel-aged Saison with malted spelt, rye, and Brettanomyces Originally a massive collaborative brew with our friends Yvan de Baets of Brasserie De la Senne in Brussels, Belgium, Chad Yakobson of Crooked Stave Artisan Beer Project in Boulder, Colorado, and Luc “Bim” LaFontaine, then head brewer at Brasserie Dieu du Ciel! in Montreal, Quebec. We brewed a sort of “old school” saison, using whatever cool local grains we could get our hands on (barley, spelt, rye) plus a secondary fermentation with a few strains of Brett. Despite the fact that Brett was never intentionally used in saison production, many of these “farmhouse” beers would show Brett character after aging for several months. [wpex more="Read more" less="Read less"] Last year we re-brewed this beer for your enjoyment now! French saison yeast and multiple strains of Brettanomyces were added at various stages during primary fermentation and barrel maturation. It’s super dry, with cereal grains and earthy hops vying for attention and Brett supporting notes of tropical fruit and farmhouse character. Collaborations present a great opportunity to learn from one another and to create a beer that is more than the sum of its ingredients, greater than the individual participants, and often something completely unique which would never have been conceived by one brewer alone. Flute $6[/wpex] 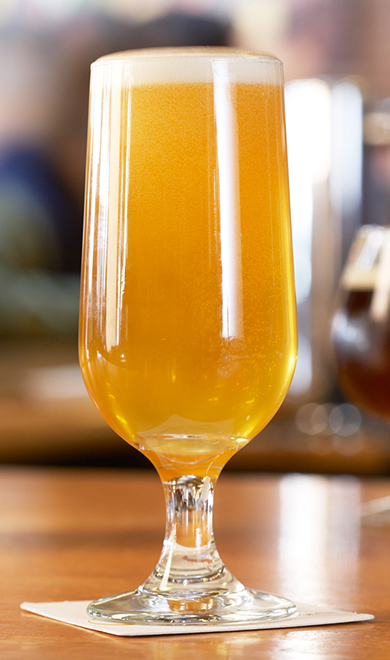