American Red IPA A feature of the New Zealand national flag is a kite-like four star pattern commonly known as the Southern Cross. This American Red IPA features a lesser known or used hop varietal, Southern Cross, which hails from New Zealand and is aptly named after the aforementioned feature of their national flag. [wpex more="Read more" less="Read less"] Less fruit-forward than most of its NZ relatives, it provides a delicate balance of citrus and spice. While not completely single-hopped, the focus was to build upon the citrusy and piney backbone by adding Cascade, Chinook, and Equinox hops, along with a healthy dose of whole-cone Simcoe flowers, late in the kettle. Double Dry Hopping started out with a heavy hand of Southern Cross to bring out a lemon fruitiness and subtle piney resin. The final dry hop was yetmore Southern Cross with additional Equinox and Falconer’s Flight to add a touch more citrusy nectar. The aroma and flavor start with a soft fruitiness upfront and then finishes reminiscent of warm pine needles and citrus rind. The body is light and drinkable with balanced notes of toast and caramel from Vienna and CaraMunich malts. So drink onwards and upwards into the night sky! Teardrop 6 Pitcher 23 Tower 37[/wpex] 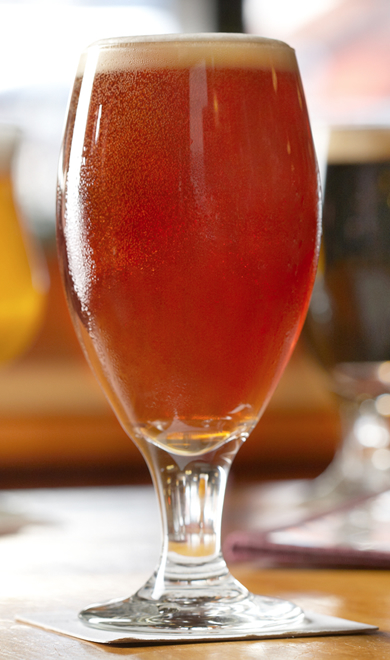