Irish-style Dry Stout Mention stout to a beer drinker, and he or she will probably think first of Guinness Stout, one of the most popular beers in the world. Although the exact date and location of the origin of stout is disputed, it is generally agreed to have emerged first in Ireland as a derivative of porter in the last quarter of the 18th century. Some of the best known stout brewers are Guinness in Dublin, and Murphy’s and Beamish in Cork, but stout is brewed the world over. [wpex more="Read more" less="Read less"] A variety of styles have emerged over the years, including dry stout, extra stout, oyster stout, milk stout, and imperial stout. BLACKOUT STOUT is brewed in the manner of a true dry stout - the mash is made up only of pale malt, flaked barley and oatmeal, and roasted barley. It has a relatively low starting gravity, but its high percentage of unfermentables leaves a full, rich, body dominated by the complex tones of the roasted grains, with a very dry finish. Its dense, creamy tan head is due to its being “carbonated” with a mix of nitrogen and carbon dioxide, then dispensed through a “Guinness-type” tap under pressure from the same mixed gas (typically, all our other beers are naturally carbonated and dispensed with/by straight CO2). BLACKOUT STOUT is unfiltered, and though black as a moonless night in the glass, it is a beautiful deep garnet color when held up to a light. It has just a scant 4% alcohol by volume (very low by our ethanol-charged standards) but is still big and flavorful, making it a great beer when you’re in for a good long session. Named for an electrical blackout on the night of its creation, the development and dispensing of this beer is a real pleasure and challenge to us, and we hope you enjoy it as much as we do. Thanks. Pint...$5 [/wpex] 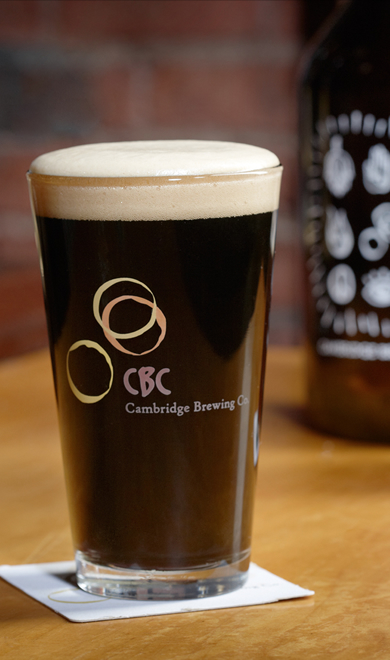