Bourbon Barrel Aged Belgian Dubbel As we greet the New England springtime, CBC presents a very special bourbon barrel-aged expression of Dubbel Nickels, named for the 1984 album Double Nickels on the Dime by seminal punk trio The Minutemen*. [wpex more="Read more" less="Read less"] Dubbel Nickels is a Belgian style strong brown ale marked by a generous addition of caramelized candi sugar and a complex malt bill.  For five months this beer has aged in bourbon barrels previously used by our friends across the river for a little beer they call Utopias. It pours a rich deep mahogany with a light tan head, and hints of orange and ruby around the edges. Its aroma is of dark fruit, bright spice, caramelized raisins, and maple. It tastes of more dark fruit, dried plums, raisins and caramel, rich malted grain, maple syrup, oak and spirit. Full on the palate with a distinctly dry finish. We hope you enjoy it as much as we do! *The album was named Double Nickels on the Dime as a reaction to the Sammy Hagar song "I Can't Drive 55," a protest against the federally-imposed speed limit of 55 miles per hour on all U.S. highways. Minutemen decided that driving fast "wasn't terribly defiant"; Watt later commented that "the big rebellion thing was writing your own…songs and trying to come up with your own story, your own picture, your own book, whatever. So he can't drive 55, because that was the national speed limit? Okay, we'll drive 55, but we'll make crazy music.” The band illustrated the theme on the cover of Double Nickels on the Dime, which depicts Watt driving his  Volkswagen Beetle at exactly 55 miles per hour ("double nickels" in "Trucker" trucker slang) on Interstate Highway 10, which is sometimes called "The Dime" in trucker slang. "The title means fifty-five miles per hour on the button, like we were Johnny Conservative." Thanks, Wikipedia! Snifter 6[/wpex] 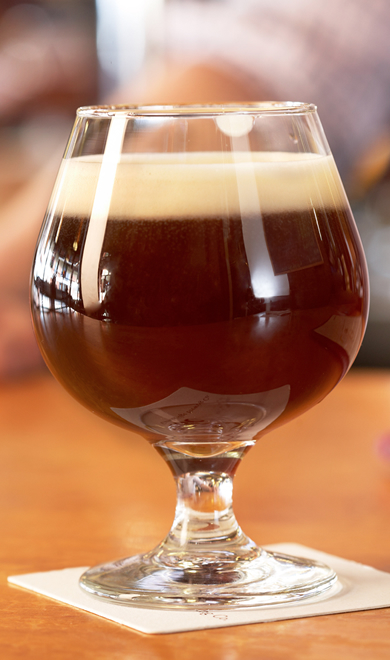