Flanders Red Ale with Black Currants Enter the Leftorium! Our latest in a string of collaborative beers brewed with our great friend Yvan de Baets of Belgium’s Brasserie De la Senne in Brussels, Oakily Dokily is a Flanders red ale (heh heh) which we brewed in 2014 using pils, Vienna, and Munich malts and barrel fermented with a mélange of microflora. [wpex more="Read more" less="Read less"] Late last summer we added 100 pounds of organic Vermont-grown black currants, grown and picked by our pals Lionel and Sabrina at Lanzer’s Fruit Farm in Hardwick. The tartness and oak character of the traditionally acidic beer is given additional zing from sourness and tannins in the black currants, as well as added dimension from the intense but balanced fruit flavors. Malty and fruity up front, it finishes with tartness and vinous wine and toasted oak character. We are ding-dong-diddily certain that this beer will have you saying Hi-Diddily-Ho! Flute 6[/wpex] 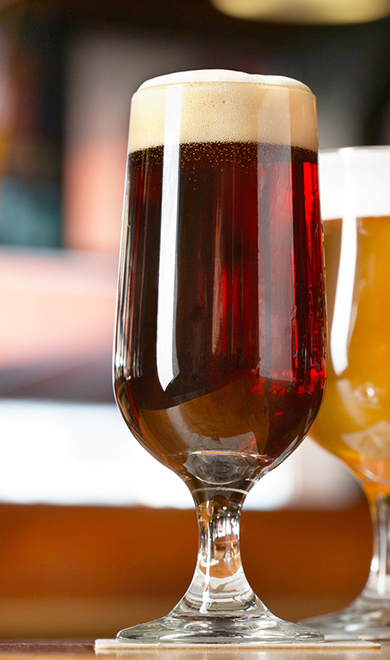