Cambridge Amber, our flagship beer since opening day in 1989, is the starting point for our 25th Anniversary Beer. We invited CBC brewing alumni to join us for this very special brewday, and they came from as close as Everett and Worcester, and from as far away as D.C. and Virginia (and even California, at least by phone). The CBC brewing diaspora was collected in one place and it was a terrific day, full of lots of old stories and just a little bit of collective hard work. [wpex more="Read More" less="Read Less"] The vision for this beer was to take our already-dear-to-our-hearts Amber and make it into something reflective of twenty-five years of powerhouse brewing. Or maybe just “friendly neighborhood” brewing. Can’t we be both? So we took the original Cambridge Amber recipe and we literally doubled the malt, and doubled the hops, for the same volume of beer. 4.5% became 9%. Malty and fruity became rich and caramel-y. Fresh and quaffable became a truly ageworthy stock ale.We then took this powerhouse beer and aged half of it in 15-gallon, small-batch rum barrels from our friends in Ipswich at Turkey Shore Distillers. This added even more depth via char and vanillins, not to mention a good dose of fresh spirit character. Unveiled at our 25th Anniversary party, it is on tap now for you to enjoy and share in the celebration. Better yet, keep your ear to the ground for a very special event this June, when we release 50 cases in total of this beer, bottle-conditioned and corked and caged. This may be the only time we ever get to do this, and 100% of the sale of each bottle will go towards our goal of raising $25,000 for the East End House here in Cambridge. As always, we are keeping it local, first. Thanks for being a part of our first twenty-five years. Snifter $6.50[/wpex] 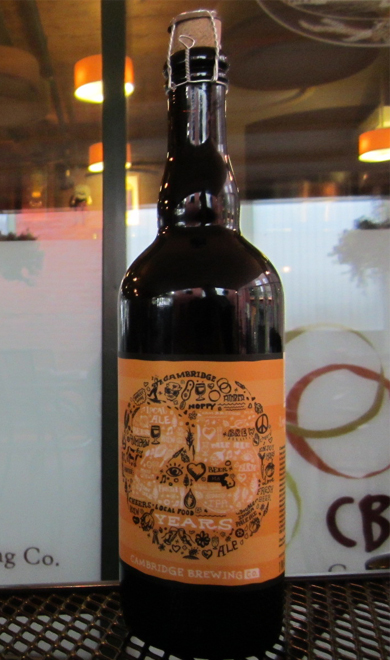